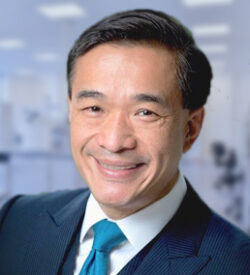 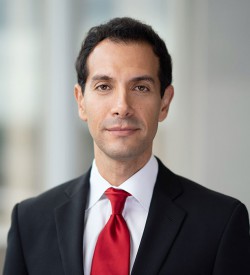 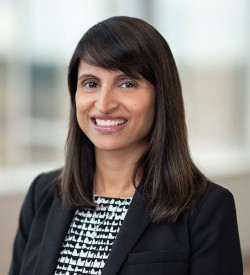 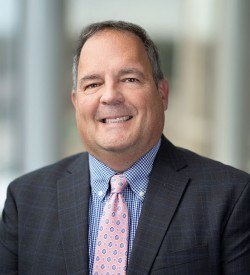 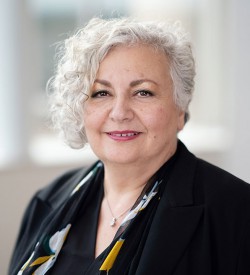 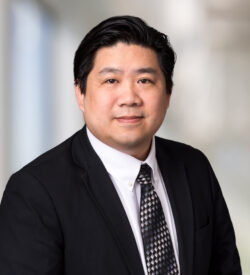 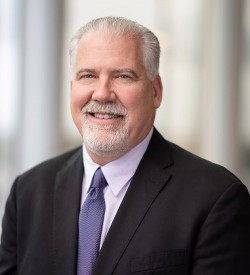 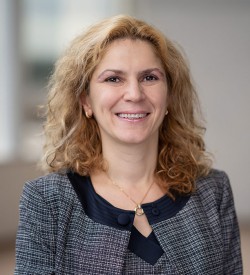 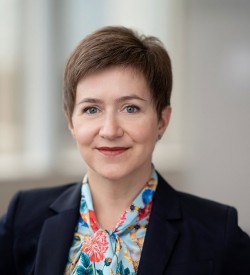 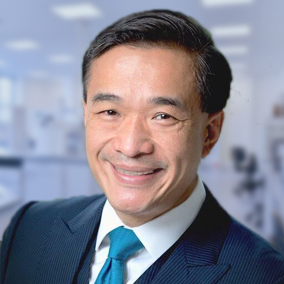 Peter L. Hoang brings over twenty years of investment banking, venture capital, immuno-oncology and public company executive management experience to Marker Therapeutics, Inc., serving most recently as President & CEO of TapImmune Inc. (Nasdaq: TPIV), one of the predecessor companies that merged to form Marker Therapeutics. He has also served as Senior Vice President of Business Development & Strategy at Bellicum Pharmaceuticals (Nasdaq: BLCM). Previously, as the Managing Director of Innovations at The University of Texas MD Anderson Cancer Center, he headed the new venture formation and development effort for the institution. There, he led the commercialization of MD Anderson’s Sleeping Beauty transposon-based CAR-T program, resulting in the largest public company-to-academic research institution upfront deal in history. Before joining MD Anderson, Mr. Hoang was a Managing Director and head of healthcare mergers & acquisitions advisory for CIT Group (NYSE: CIT). He also served as a senior investment banker in the M&A departments at Oppenheimer, J.P. Morgan, Merrill Lynch, and Deutsche Bank. He earned an M.B.A. with high honors distinction from the Anderson School of Management at UCLA and a B.A. from Yale University. 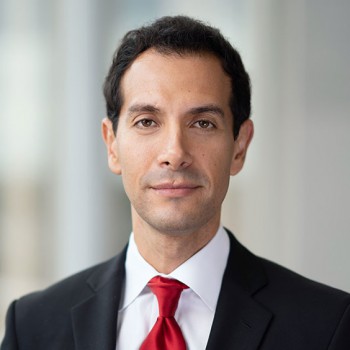 For the past 12 years, Juan F. Vera has worked extensively on developing novel T cell therapies and optimizing manufacturing processes for clinical applications at the Center for Cell and Gene Therapy (CAGT) at Baylor College of Medicine. In collaboration with Wilson Wolf Manufacturing, he has been instrumental in the design and testing of the G-Rex® cell culture platform and pioneered its use for the large-scale production of T cells. Dr. Vera has extensive expertise in developing and streamlining therapeutic candidates from the research bench to the cGMP facility while ensuring robust production and scalability. Dr. Vera has previously collaborated with Celgene and Bluebird Bio in developing novel CAR T cell therapies. He has also been the recipient of different prestigious awards including the Idea Development Award from the Department of Defense and Mentored Research Scholar Award from the American Cancer Society. Dr. Vera attained his M.D. from the University El Bosque in Bogota, Colombia. 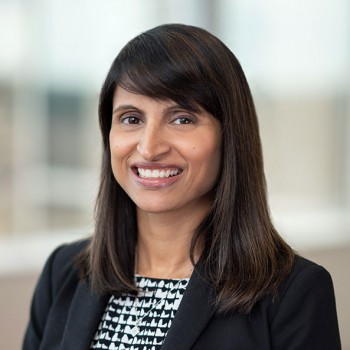 Mythili Koneru, M.D., Ph.D. joined Marker Therapeutics in Feb 2019. In her previous role as Associate Vice President of Immuno-Oncology at Eli Lilly and Company, Dr. Koneru designed early-stage clinical trials for hematologic and solid tumor malignancies and was instrumental in developing clinical trial protocols, serving as medical lead for trial conduct. She has also served as Senior Medical Director of Early Phase Clinical Development at Eli Lilly before she was promoted to her most recent position. Prior to Eli Lilly, Dr. Koneru was an Oncology Fellow in the laboratory of Dr. Renier Brentjens at Memorial Sloan-Kettering Cancer Center, where she developed adoptive T cell therapies in both leukemia and solid tumor malignancies in early phase clinical trials.

Dr. Koneru earned a B.A. in Cellular and Molecular Biology from the University of Chicago, a Ph.D. in Biomedical Research: Tumor Immunology from New York University, and an M.D. from the Robert Wood Johnson Medical School. 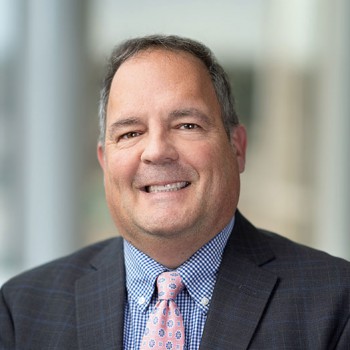 Michael J. Loiacono has more than 25 years of financial management experience. At his previous company, FCTI, Inc., Mr. Loiacono was responsible for the company’s strategic development to include new products and services, new market penetration and maximizing gross and net revenues. In 2013, FCTI, Inc. acquired Global Axcess Corp, a publicly-traded company, where he served as CFO since 2006. At Global Axcess, Mr. Loiacono oversaw the overall financial strategy of the company, including capital raises, mergers & acquisitions, corporate finance, treasury, financial planning and analysis, accounting, investor relations, external auditing and was responsible for Global Axcess’ corporate strategy function. In 2009, Mr. Loiacono was named a Jacksonville, Florida Ultimate CFO of the year. Prior to FCTI/Global Axcess, Michael held various positions of increasing responsibility in finance management through several private and publicly-traded organizations. 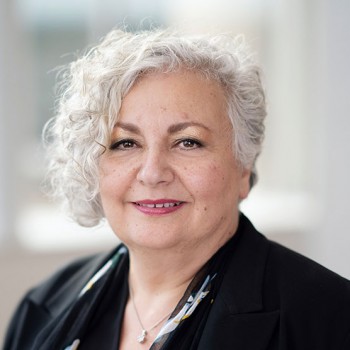 Nadia Agopyan joined Marker in August 2019 from Kite Pharma, a subsidiary of Gilead Sciences, where she served as Director of Regulatory Affairs, Global Regulatory Lead. In this role, she was responsible for overseeing the global marketing authorization and lifecycle management of the YESCARTA® franchise, defining the global regulatory strategies for CAR T cell products in lymphoma/leukemia, and overseeing clinical programs from Phase 1-4 development, in addition to operational aspects of global regulatory submissions. Previously, she served as Global Regulatory Lead at Baxter Biosciences leading Vonvendi (recombinant von Willebrand Factor) approval/launch, Senior Director Regulatory Affairs at Ambit Biosciences, and Director Regulatory Affairs at Cougar Biotechnology, a unit of Johnson and Johnson Ortho Biotech Oncology, where she led the approval of Zytiga, abiraterone acetate, for the treatment of patients with metastatic castrate-resistant prostate cancer. Earlier in her career, Dr. Agopyan served in various roles at biotechnology companies such as Amgen, CATO Research and Allelix Biopharmaceuticals and as Assistant Professor in academia including Duke University and University of Toronto. She earned her Ph.D. and B.Sc. in Neurophysiology from McGill University (Montreal Canada). 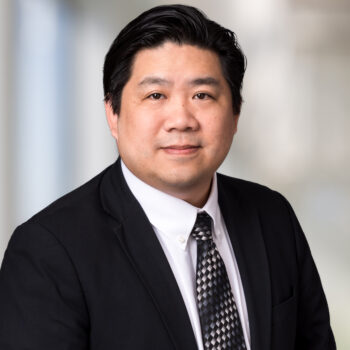 Edmund Cheung has more than twenty years of professional experience in the Human Resources field. Prior to joining Marker Therapeutics, Mr. Cheung served as Associate Vice President of Human Resources at Baylor Genetics where he was responsible for all aspects of the company’s HR strategies and functions. Previously, he held management and HR roles at Baker Hughes, a Global Fortune 500 energy technology and oil-field services company, and Houston Methodist Hospital, a leading Hospital group in Houston. Mr. Cheung earned his BA in Psychology at Baylor University, and an MBA from the University of Houston.

Oumar is an accomplished leader with deep experience in cell and gene therapy manufacturing and technology, process development, qualification of cGMP production facilities and translational research laboratories. For the past 15 years, he has played a key role in building GMP manufacturing and quality organizations. Prior to joining Marker Therapeutics, he served as Director of Manufacturing and Process Development at Cell Medica. In this role he was leading the development of cell therapy products for phase II clinical trials. Prior to his time at Cell Medica, Oumar was Laboratory Manager of Cell and Gene Therapy at Baylor College of Medicine coordinating manufacturing activities for multiple phase I clinical trials. Oumar received his BS of Biotechnology and MBA at the University of Houston Downtown. Oumar lives in Houston, with his wife and 2 children. Oumar enjoys riding his bike, camping and family outdoor events. 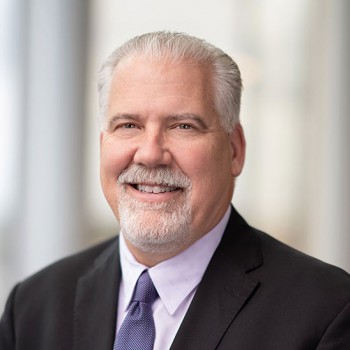 Gerald Garrett brings over 29 years of clinical development experience in the Biopharmaceutical industry to the team. Prior to joining Marker Therapeutics, Inc., he owned and operated a small Contract Research Organization focused on providing clinical and project management leadership to multi-functional project teams in a variety of therapeutic areas with a focus on Phase 1-2 oncology clinical trials. Mr. Garrett spent his early as a study coordinator, a CRA for Fujisawa and Burroughs Wellcome and led the development of the Project Management team at Clinimetrics, Inc. 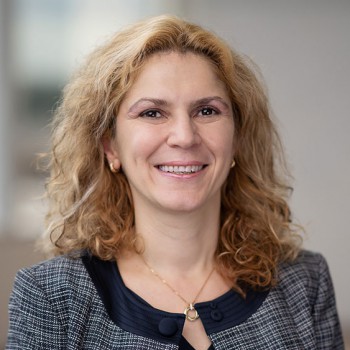 Tsvetelina P. Hoang brings over 15 years of experience in cancer immunotherapy, including antibody-based and adoptive cell therapies. Most recently, she was the Director of Translational Research at Bellicum Pharmaceuticals where she oversaw the pre-clinical development of the company’s T cell receptor (TCR) and chimeric antigen receptor (CAR)-engineered T cell therapy programs and the translation of those programs into the clinic. Previously, she was a member of the faculty at The University of Texas MD Anderson Cancer Center, investigating the molecular mechanisms of immune checkpoint inhibitors’ function. Dr. Hoang worked closely with Dr. James Allison, the 2018 Nobel Laureate in medicine and a renowned pioneer in the field of tumor immunotherapy, as a member of his team at University of California-Berkeley, Memorial Sloan-Kettering Cancer Center and MD Anderson Cancer Center. She earned her Ph.D. from Johns Hopkins University and holds a combined B.S./M.S. degree with distinction, magna cum laude, from Yale University. She was a recipient of a Cancer Research Institute fellowship and is a member of the Phi Beta Kappa honor society. 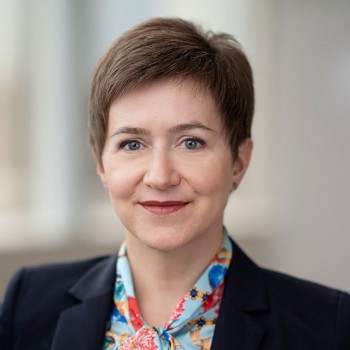 Anna Szymanska brings over sixteen years of leadership and management experience in Quality Control, Quality Assurance, and Compliance to Marker Therapeutics. Prior to Marker, Ms. Szymanska served as Director of Quality Control for Bellicum Pharmaceuticals, where she oversaw the Quality Control department, and was responsible for aseptic facility qualification. She also served as Quality Validation Specialists at Opexa Therapeutics and in roles of increasing responsibility at Woodfield Pharmaceutical, (formerly Pernix Manufacturing, LLC), most recently as Director of Microbiology. Ms. Szymanska earned an M.S. in Microbiology from the University of Warsaw.